An Ancestral and Functional Perspective on Health, Well-Being, and Thriving 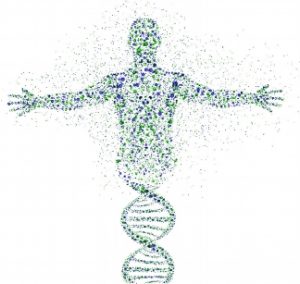 An ancestral and functional perspective on health, well-being, and thriving brings together the gleanings from our long evolutionary past, as well as, the insights and discoveries of modern science to address the root causes of dis-ease. We believe that why we see so much dis-ease is due to  the reality that we have grown to exist in an environment, and develop lifestyles, that are still foreign to our genetics and the habits that have shaped them.

We find within our bodies’ architecture, a story of our past. That past was wildly different than our present, but our physiology hasn’t completely kept up with all our advancement. There are major landmarks to our physiology that tell a tale of a daily roaming, hunting, digging, and cooperative being. It doesn’t take much to see that we have lost much of that in our modernity. Let’s take a brief look at some of the adaptations that have come be to included in our modern human form.

What makes us so Human? 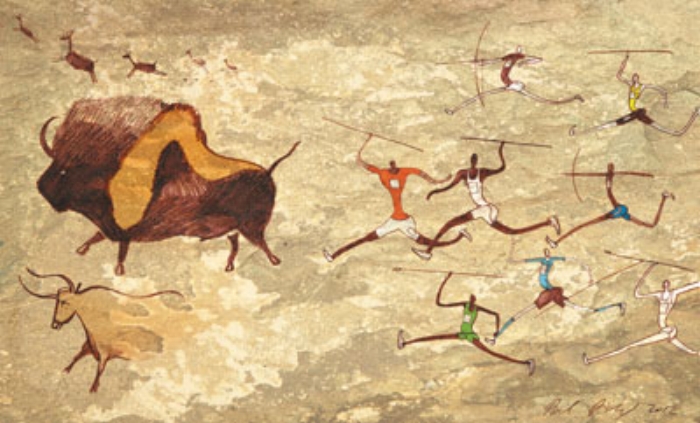 The ability to stand, sweat, and breath through a protruding nose have allowed us to move about in the heat of the day without overheating. This is fundamental to the way we likely would have acquired meat. Most animals in the heat of the day want to lay about and save their energy for the cool evening when most of their activity happens. Being able to drive these animals from their rest consistently, without periods of cooling (most animals can’t sweat and so regulate body temperature through panting), drives them to overheat so that a hunter can get close enough to forcefully throw their spear in a lethal manner. Persistence hunts still exist in the hunter-gatherer groups living on the planet today.

We can see that our bodies have grown to be able to move around on two legs, cover rather large swaths of land daily (up to 9mi.), sometimes running for long periods in the heat of the day, sweating to cool the blood and the body, harvesting wild animals, gathering wild foods, lugging around our nourishment, sharing in the fruits of the labor in the natural environment free from artificial light and industrial pollutants. It is clear that we have lost many of those habits.

To be clear, we are not making a suggestion to revert back to a hunter-gatherer way of life. Rather we are encouraging the designing of a life that can include and mimic habits like those of our ancestors.

How can we design a life that supports the healthy inclusion of movement? Do we find nourishment in a way that is inline with that of those who have given us our genes? Do you spend joyful time with those you love? How can we give something back to our community? Is there time within your day or evening to consciously “slow down?” Have you heard the bird song today? The answers to these questions can reveal places where a little can go along way.

Of course we cannot reduce our humanity to the physical attributes that have come to bring us alive as we are. We can use the understanding of how our genetics and subsequent physical adaptations have developed so that we can continue to thrive.

We can take the knowledge of where we’ve been to choose where we are going.